In the context of the international activity of the Ombudsman, the cooperation developed with the institutions of the countries with which we share a history, culture and language deserves special mention.

This work has been developed at two levels: bilateral cooperation with counterpart institutions and participation in the Network of Ombudsmen, National Commissions on Human Rights and other Human Rights Institutions of the Community of Portuguese Speaking Countries.

The first meeting of the Network took place in Lisbon on 22 April 2015. The third and most recent meeting took place on 13 December 2018 and was scheduled to commemorate the 70th anniversary of the Universal Declaration of Human Rights. In this meeting it was decided, among others, to stimulate the CPLP-Human Rights Network and to consolidate in each national Human Rights Institution focal points of contact aimed at ensuring the exchange of information, including those necessary to resolve concrete cases of citizen complaints involving two or more jurisdictions in the area of ​​the Portuguese Community of Portuguese Speaking Countries.

To read the joint statement issued after the meeting click here.

To learn more about the CPLP, visit its website here. 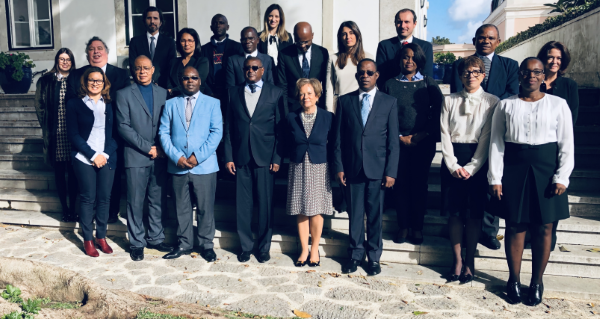