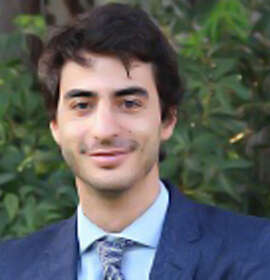 João Costa was born in Coimbra in 1988. He has graduated in Law at the University of Coimbra (2010), where he completed his postgraduate studies in Criminal, Economic and European Law (2011) and holds a Masters Degree in Criminal-Legal Sciences (2013). He is currently a PhD candidate at the Institute of Criminology at the University of Cambridge, where he has completed a M.Phil. (2014). His research focuses on political science theories applied to prisons. He was a guest assistant professor at the School of Lisbon of the Faculty of Law of the Portuguese Catholic University. He has been involved in consulting projects in the area of conflict and security in Africa, Middle East and South America. He has been a delegate to the International Committee of the Red Cross and has worked at the United Nations Court for the Former Yugoslavia in The Hague.