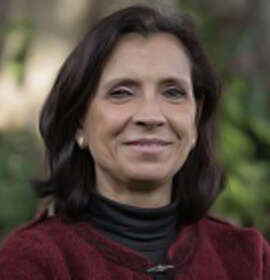 Lina Rocha Mascarenhas was born in Lisbon on the 22 June, 1963. She studied Secretarial Techniques and attended the Translators and Interpreters Course of the Superior Institute of Languages and Administration. She entered the Ombudsman’s Office in 1996 and since then has worked as Personal Secretary of successive Ombudspersons. Previously, she had been the Secretary of the Office of the project director of Novaponte, a group that has prepared the construction of the second crossing over the Tagus River. She was also secretary of the import department of Sousa & Holstein and of the Department of Gymnastics of Sporting Clube de Portugal.