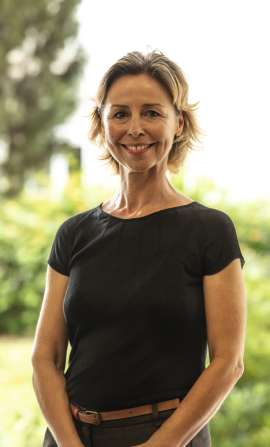 Eva Gaspar has a degree in Economics from the Superior Institute of Economics and Management of the Technical University of Lisbon. She was correspondent in foreign news affairs at the European Union institutions in Brussels for Diário Económico (1994-2002) and for RDP-Antena 1 (1999-2002). She was editor and columnist for Jornal de Negócios (2003-2017). She has collaborated with several media organizations, namely TSF, SIC, RTP and Sábado magazine, and in projects promoted by civil society and academia, in particular with partnerships between the Gulbenkian Foundation and the Portuguese Institute of International Relations. She was born in Leiria on July 11, 1971.